The Lady’s Name is Paris: The Maybe-Only On-Screen Dance of Ffolliott Le Coque

on July 25, 2021
I admit I first saw “The Paris Follies of 1956” (1955) because I was curious to see Forrest Tucker without a cowboy hat on for a change. Tucker acts as a first-time owner of a new kind of dinner theatre who discovers on opening night that his investor is a penniless eccentric, and is therefore desperate for things to go well so he can earn something back. It is a pleasantly dozy B-movie on live entertainment, fairly done and filmed in only 3 weeks, partly at Hollywood’s Moulin Rouge nightclub (with dances by Donn Arden and singing by the sublime Margaret Whiting). For me though, the real gem of the film turned out to be something else entirely: Vegas legend Ffolliott Chorlton Le Coque, in what I believe might be her only ever on-screen dance.   She first appears with no fanfare and no lines, just as Taffy the lead dancer accompanying one of Margaret’s songs. The stage and dance seem hardly camera-conscious at all, designed less to impress on screen and more to entertain a live
0

Wish We Were Here: Another Look at Summer Holidays on Film 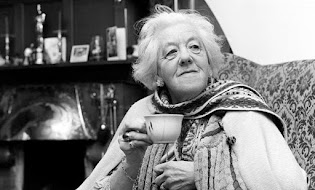