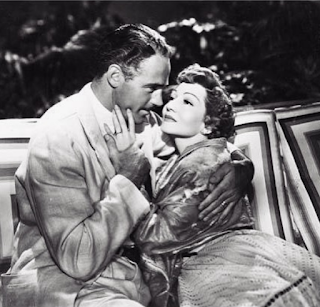 Happy heavenly birthday to Claudette Colbert! I only managed one restrained viewing a long while ago, but at least once a year I think of the beginning of “Three Came Home” (1950) where on an otherwise tranquil Borneo night, Agnes and Harry Keith (Claudette and my lifelong crush Patric Knowles) talk about the uncertain future as the Japanese join WWII. Arguably one of Claudette’s finest performances (and in her own words to director Negulesco, the happiest experience of her entire career), her Agnes is wonderful in every way: alternately/simultaneously a woman of steel and – as she admits in her half-breathless and trembling, warbling voice – often more like ‘tin foil,’ she endears you immediately to her very humanness. “Three Came Home” is as much a passionately anti-war film as it is a tribute to human endurance in times of Fog and Twilight (to borrow from the old Prussian), full of subtle, sensitive performances from every lead (including a slightly older Sessue Hayakawa as Colonel Suga). It is also very mercifully titled, in reference to the heroine, her husband, and son delivered at the end in Moses-basket/Exodus proportions (recently I saw an alternative title on an old Italian poster, “E La Vita Continua,” and I thought I liked that too) Xo 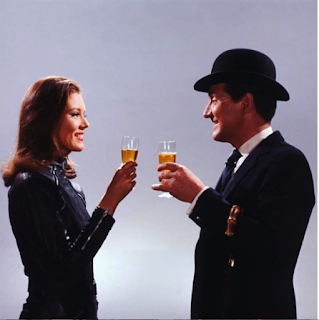 And rest in peace Diana Rigg (1938 - 2020), you’ll always be our theatric “Avengers” heroine in colour, all glimmering grace and sure-footed strength – may you share a heavenly toast with Patrick Macnee for us :’) Xo 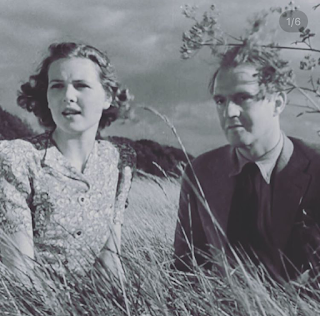 This is my passing appreciation for ‘A Canterbury Tale’ (1944) by Powell and Pressburger, at once a war film and at once a peace film, an odd and mystical sort of film (I later read that Xan Brooks described it as a ‘tubercular saint,’ and I thought that was so accurate for the delicate strangeness of the film, even if it also sounds like the name of a Rolling Stones song haha). Filmed during World War II with a real American serviceman (Sgt. John Sweet) playing one of the key characters, ‘A Canterbury Tale’ has enough in it to read as a propaganda sort of picture, a lens on the deep and enduring alliance between Britain and her strong transatlantic neighbour in such a time of need. And yet it feels free of this, mostly due to the American serviceman (as sweet as his surname belies, a charmingly straightforward, modestly Midwestern friendly type) very much at home in the Kentish village, and also due to the literary, timeless feel of Emeric Pressburger’s rambling script whose gentlene… 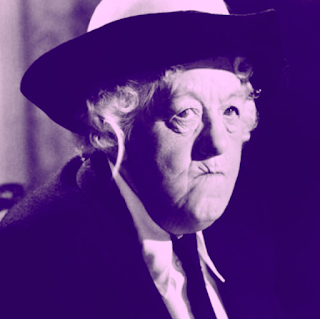 I always wish I had the chin-wobbling determination and resolve of Margaret Rutherford, here as eccentric and courageous as ever in my favourite Pursall-Seddon Marple, “Murder Ahoy” (1964), definitely my favourite though I always feel I can't properly explain why. Have you seen "Murder Ahoy (1964)? There's a scene in the second half of the film when Miss Marple has returned to the ship Battledore to continue her investigation, she decides to quietly wander in the middle of the night in search of clues. And there we see a rather beautiful scene unfold where very little happens but it appears all are rather awake and restless on the same night, wandering the anchored ship in its peaceful little cove.

Ron Goodwin's music is absolutely melancholically perfect as the wordless scene unfolds, interrupted only by little hums of satisfaction when Miss Marple makes her first discovery of the night. I guess I like it because it's a memorably dreamlike interval f… 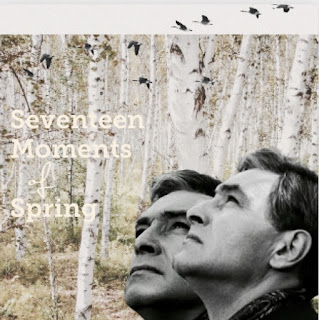 Replace James Bond’s technological marvels, swinging music, and sparkling exotic settings with damp forests, lyrical music, and a hero who pensively watches wild cranes in flight (for quite a bit), and you get “Seventeen Moments of Spring” (1973), undeservedly very little-known outside the former USSR, where it was one of the most popular series of all time. The man? Standartenführer Max von Stirlitz (alias Maxim Isaev), a clever Soviet agent long-embedded in Germany’s foreign intelligence. The mission? To find out if the Nazis are secretly negotiating with Western Allies (based on the 1954 Bern incident) and make sure a separate peace doesn’t take place – all while escaping suspicion from within the SS. The magic? That it might be the slowest, most thoughtful, emotional espionage thriller you might ever see, full of heavy dialogue and heavier silences (during which you often find yourself holding your breath, desperately hoping things will turn out well).

The plot is intricate and sus…